Our Team And Vision

About The Vision Group

With three generations of family history as Sarasota home builders, we are well respected in the community for our award-winning, innovative & luxury home designs and reputation for excellence. We have served communities all over Sarasota, from building custom homes on the bay to “Jewel Box” homes near downtown. Our many years of experience as Sarasota home builders, and the relationships we have developed with our loyal vendors and partners, allow us to exceed your expectations while staying true to your vision.

We can streamline the process for building your custom home - in a smooth, stress-free fashion.

Our properties are located in some of the most stunning and prized areas of Florida.

We are committed to ensuring quality, workmanship, and punctuality.

Here at The Vision Group LLC we have a hard-working team, striving to create the best and smoothest experience for you. We are committed to ensuring quality, workmanship, and punctuality. Meet the team below: 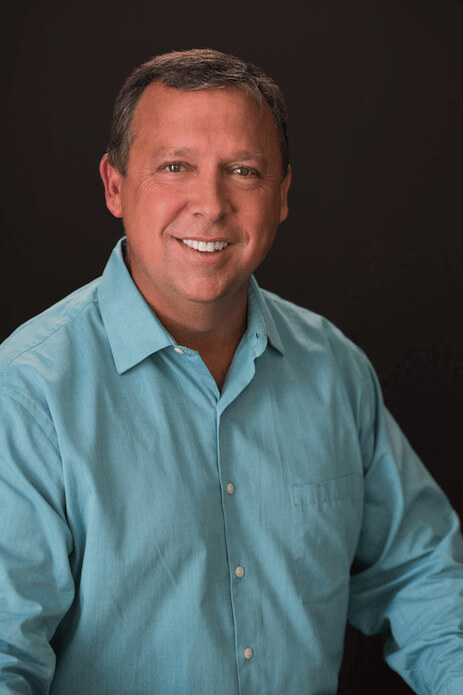 Mike Padgett is a native of Sarasota and has been involved in all facets of real estate for over 25 years. Fresh out of college in 1991, Mike joined his father and uncle in their residential home building endeavor, Padgett Homes. Through this, he learned the Sarasota new home builder business from “slab to sales.” Michael spent nearly 10 years absorbing information, processes, and most importantly the work ethic to help make every client’s biggest Sarasota Florida property purchase come to fruition. The Vision Group is a continuation of that ethic. Furthermore, in 2009, Michael earned his real estate license and joined forces with Keller Williams, one of the largest and most productive purveyors of fine homes in Sarasota

The most important thing when choosing a Sarasota, Florida realtor is to find someone you can trust. Mike has a history of success and integrity in Sarasota real estate that you can truly depend on. He is an experienced negotiator with expert knowledge of the local Sarasota Florida property market. You can be sure that your Sarasota real estate interests will be protected and your wishes will be given the utmost attention. After all, high quality speaks for itself.

A graduate of Florida State University in Marketing, Cary Vorbeck brings over 20 years of commercial real estate experience to the Vision Team. Cary has resided and worked all over the state of Florida in such places as Sarasota, Bradenton, Tallahassee, Daytona Beach, Tarpon Springs, and Arcadia. His experience dealing with different areas of Florida brings a unique perspective to the Vision Group.

Throughout his long career in real estate, Cary has acquired extensive knowledge on topics such as Sarasota commercial property assessment, project development, and commercial construction. He strives to help clients feel comfortable and fully understand all of the facets of the business.

Cary is currently managing a private portfolio of commercial buildings throughout the state of Florida that is a mix of warehouse, retail and office space, in addition to multi-family rental communities. He also has international experience in contract negotiations specializing in Central America. As an active member of the Sarasota community, Cary is a Free Mason, member of the Sarasota 100 Club (a police benevolent association), and member of the Sarasota Shriners. 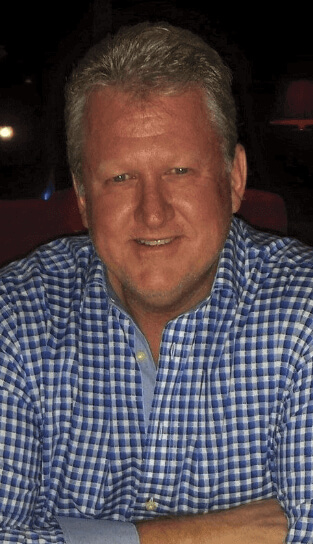 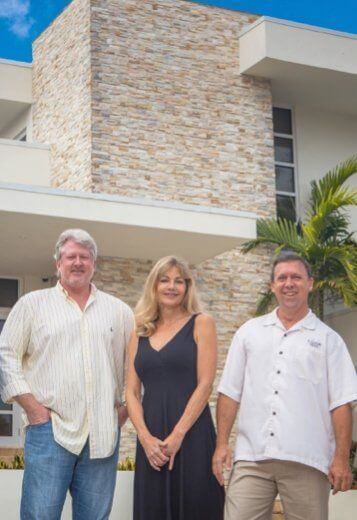 Suzette is an integral part of the Vision Group. She handles our day-to-day administrative affairs. Extremely meticulous and organized, she excels at running everything smoothly and efficiently. Suzette has over 30 years experience as an office manager — 20 of which are specifically in the construction and design industry. So she is very well-versed in this field. Her work includes office management at a luxury architectural firm in the state of New York.

Kevin Ionta started in construction when he was 20 years old. He became licensed just 2 years later. then went on to expand his credentials by obtaining a business degree in managing additions and remodeling projects.

Kevin has traveled extensively building movie sets and studios. He has built full sets for movies such as Legend of Bagger Vance, Carrie 2, Forces of Nature and Secrets. After the movie sets, Kevin moved into building News Room sets all around the country. These included major markets such as WGN in Chicago, NBC in Miami, CBS in Miami, News 4 in Dallas, 12 NEWS in Phoenix, AZ, and more. He also built the David Letterman set in NYC.

Expanding his horizons further, Kevin sailed off on cruise ships around the world where he managed and supervised crews to remodel and maintain some of the most popular cruise ships that sail the seas. He also worked on yachts and boats as well.

Here in Florida, Kevin has built and managed large commercial projects and home builders alike. He has built both track homes and million dollar custom homes. All this experience has given Kevin the knowledge, creativeness and project solving skills that compliments the Vision Team perfectly! 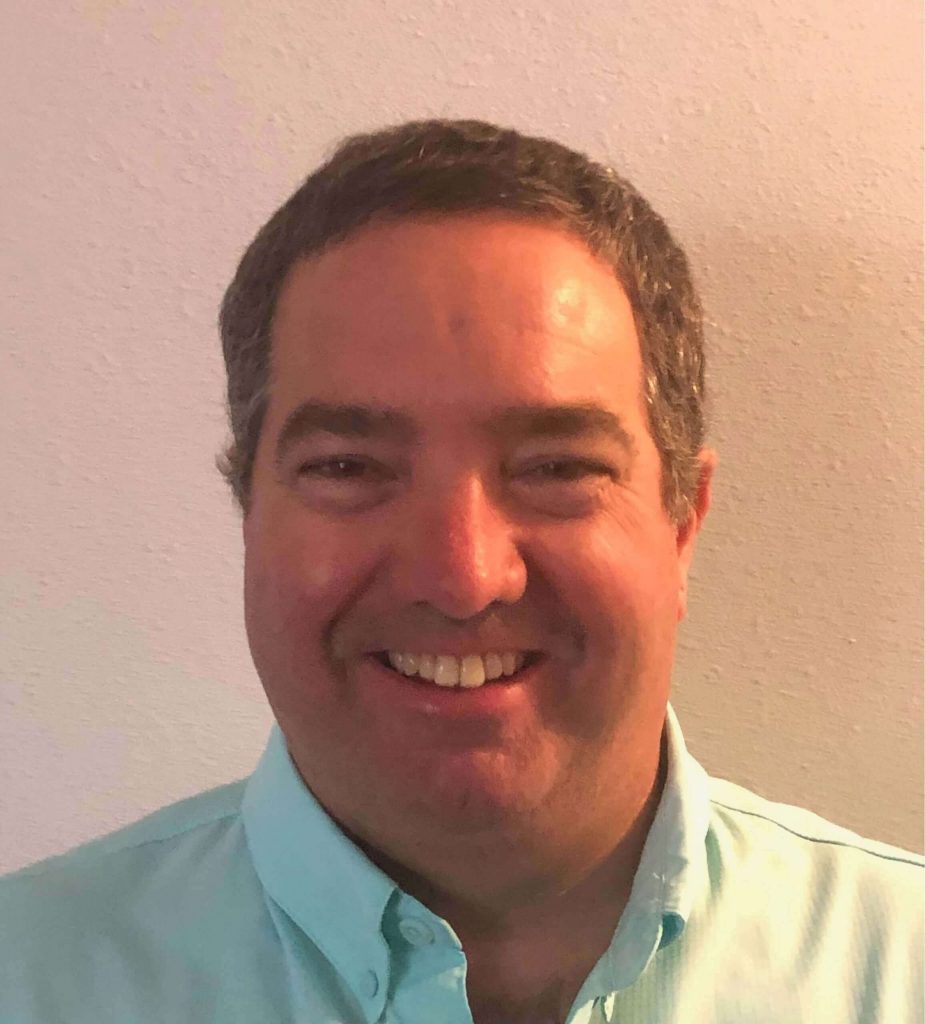 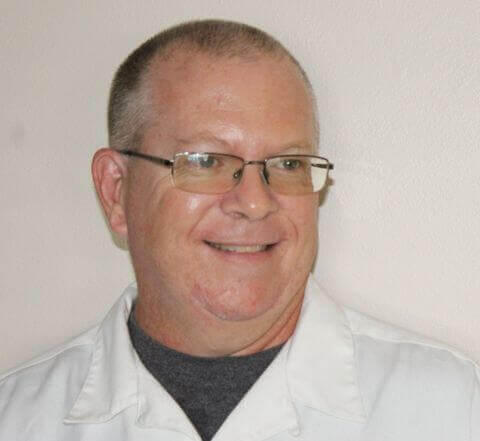 Steve Birtwistle is a builder with the Vision Group who helps people to bring the house of their dreams to reality. Before coming to the Vision Group he spent years in the local Sarasota Area working on high end custom homes with several of the areas builders. Figuring out that The Vision Group shared his ideas on design and customer service he was very glad to bring his organizational skills and out of the box thinking on board with the rest of the talented staff. Steve has always been fascinated with bringing homes to existence for customers which satisfies their needs and desires.

In his spare time he enjoys woodworking and the outdoors and enjoys living in Florida and absolutely understands why anyone would want to be here. He enjoys working with people and understands one of the best ways to eliminate anxiousness in the building process is to work with the customer to have a clearly defined set of plans and specifications so that everyone is clear on what is expected and needed. He tries very hard to communicate clearly and timely with photos and email to make sure everyone knows what is going on. He wants the customer to be comfortable that their home is being built exactly as they want.

I am a retired Architect. The Vision Group was able to work with my design concept from scratch and build my retirement home on time and on budget. They communicated well through the entire project and provided us a wonderful, low maintenance, energy efficient home! We would definitely recommend them to any discerning person who wants quality and input availability in their home building experience.
JAMES P.
Michael has worked to keep everything moving smoothly and to keep everyone informed. it's been a pleasure to work with him. I've recommended him several times knowing that my customers will be treated to a 5 star experience.
Ann D.
We had a great experience building with The Vision Group. They really understood what was most important to us about our new house and worked hard to stay within our budget. Their subcontractors did a great job and Mike, Jim and Billy were pleasant to deal with. We love our new house!
Frecha P.
"Mike, Jim and Suzette area great team. it was a pleasure working with them. The remodeling job they did came out fantastic. As a boutique I did not "get lost in the shuffle". My concerns were always addressed in a timely and positive manner. I am very pleased with the result and highly recommend their services."
Khaye I
I have had the pleasure to work with Michael Padgett and his team over the last couple years as a local Realtor in the area. His reputation for good and timely work is exemplary and I have and will continue to refer clients to him with confidence.
Adam K.
Mike and Jim at the Vision Group were wonderful to work with. They care about the quality of construction for all their projects and put their hearts into the end result. We would be happy to work with them again!
Solstice Architechture
...When I contacted Mike Padgett, he immediately invited me to visit some of the homes he was currently building... I was very impressed and amazed at how quickly Mr. Padgett responded... I was treated like I was the only client Vision Group had... He realizes the importance of dependability and an outstanding reputation in his community and for the residents of Sarasota. He works diligently to maintain the highest level of service possible.
Della S.
Previous
Next

About The Vision Group

The Vision Group is a full-service Sarasota construction and real estate services firm with over 25 years of experience.